Ever since I sat in the back seat of my mom’s plum, Slylark Buick I admired the men in uniform.  Living in a city, there was plenty of opportunity to see these fine men sharply dressed in their blues, styling with those crisp white gloves as they directed traffic.  There was an air of strength and confidence about them.  Their hand motions were clear and their signals stood out – white against the dark blue – and everyone knew when they should go and when they should stop.  Motions were large and obvious as they beckoned the cars on.  Strong firm arms supported the open flat hand pressed to signal stop.  There was no question as to what to do.  Because of their standard of clarity and strength, I always knew that if I needed help, those men in uniform would be ready to aide.

This morning as I drove down a local town street I approached a work scene and an officer stood in the middle of the road.  He was doing “something”, but what, I could not be sure as his arm flailed in an indirect motion; hand flesh against arm flesh against the blue in the shade of the street…who could tell.  Straining, I could see that his arm had ceased moving, so I assumed that he was signaling me to stop.  And so I did.  The second officer on the job moved his arms and hand in similar  fashion and I again guessed at what he was doing and maneuvered my car accordingly.  Vague, weak, and without certainty or confidence — this seems to be the standard these days.

More than once I have seen officers on road jobs texting, talking on the phone, or kabitzing with DPW or utility workers paying very little mind to the cars going by, despite the fact that they were obviously there to direct the traffic flow.  Alertness was not evident and I wondered how ready these men in blue would be to help in a time of need; would they have the clear and accurate perspective to assist? I do not mean to put down our men in blue, many are well trained and more than ready to serve; yet I do mean to use the methods of some to illustrate a point.

As I strained to figure out what the traffic cop was signaling me to do this morning, I  reflected upon the fact that I have a God that is not flailing, unclear, and distracted.  My Lord God is One who is in control, poignantly clear, and alert.  His white gloved promises stand out in His Word and there is no question or uncertainty about what He desires and intends for us to do.  He is attentive and is always ready to help us in our time of need.

Leaving the road work scene, I continued on  my way and I was so thankful that “Jesus Christ is the same yesterday, today, and forever, ” Hebrews 13:8.  He stays the same, His Word stays the same, His Promises stay the same: His standard does not change with time.  Praise God that we never have to worry that His standard may change and leave us with a flailing signal we have to guess at.  Instead, Our Lord God is a white-gloved God full of strength and who brings us clarity in our lives – when to stop, when to go.  We can live knowing that He is always watchful over us, ready to help and live up to His promises.  Steady and unchanging, He is a God we can have confidence in! 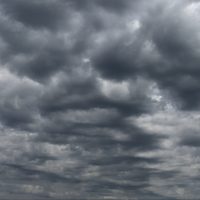 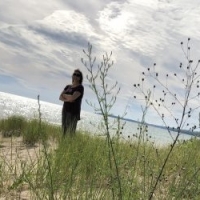 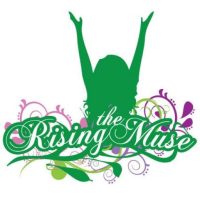